The committee is composed of volunteers, most of them having special ties with Laos. — Détails

Our team in Laos

About 15 expatriates and 60 Lao staff — Détails 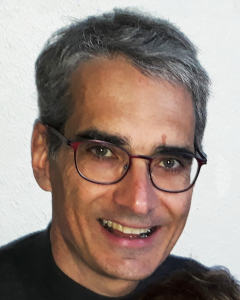 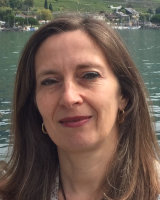 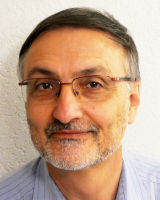 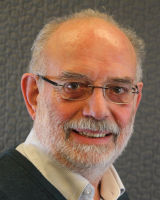 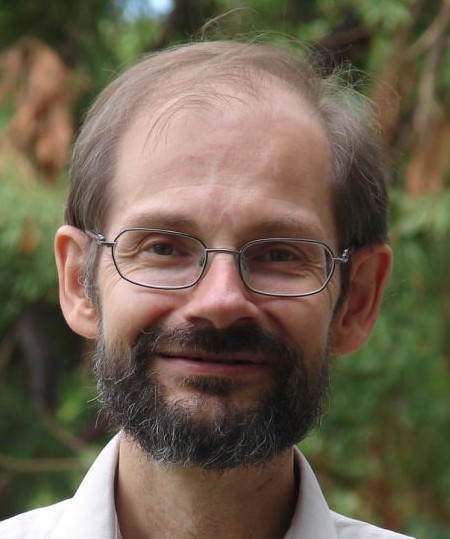 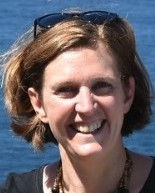 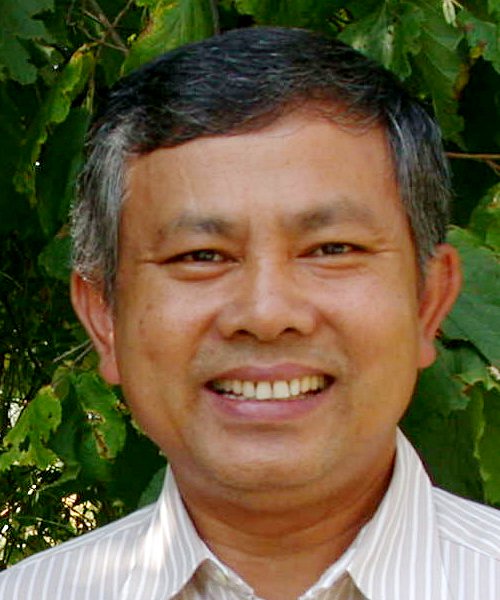 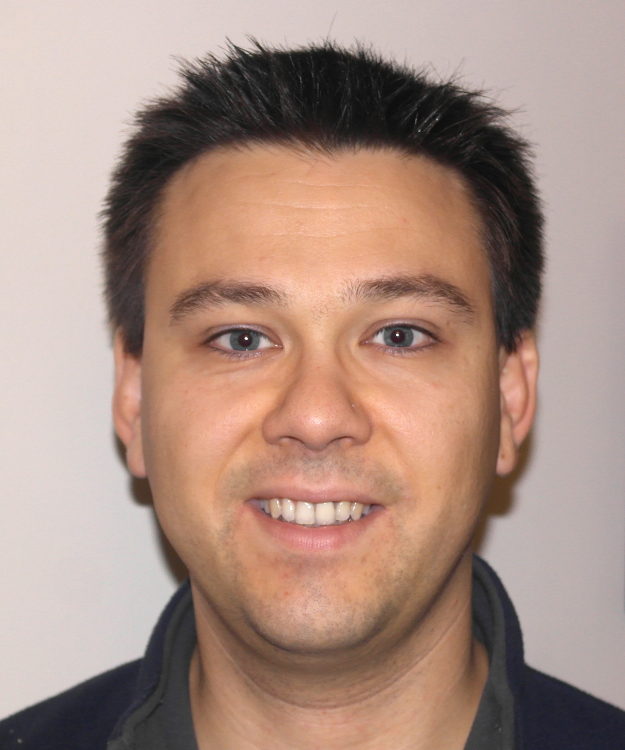 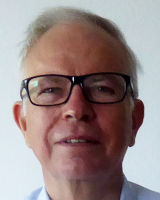 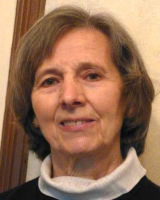 Voluntary workers with SFE in Laos 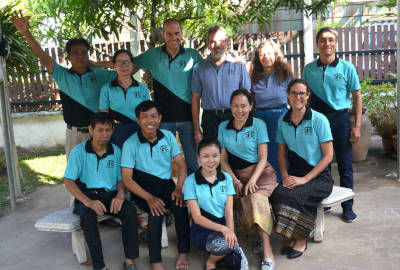 The team in Vientiane 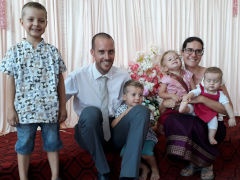 Thomas and Lydia Nussbaumer
Joakim, Axel, Zoé, Lucy
The family Nussbaumer (French) arrived in Laos in February 2014. Thomas and Lydia have worked for the Community Agriculture and Development Project. Thomas is a water and environment engineer. He has setup the activities related to water and irrigation, and managed the project as of May 2015. Lydia is a teacher. She has been working at the planning and implementation of the education sector in the project. They have now been based in Vientiane since April 2018. Thomas is the SFE Country Representative in Laos since June 2017. Lydia is involved with a group providing vocational training for deaf people in collaboration with JOMA. 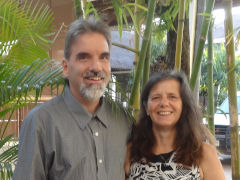 Thomas (German) and Florence (French) arrived in Vientiane on September 15, 2019. Thomas is in charge of administration at office management in Vientiane. Florence performs some tasks related to the needs of the office, especially linked to hospitality and communication. She also serves in the prison ministry in Vientiane.

Va is an innovation advisor at SFE, focused on reviewing the finance and accounting system. She first mapped the finance and accounting system in order to document SFE’s processes and identify opportunities for change. Now she is working with the team to introduce changes using an inclusive, collaboration approach; she is working to equip the team so that they they themselves be agents of change.
Va has a MSt in Social Innovation from the University of Cambridge. 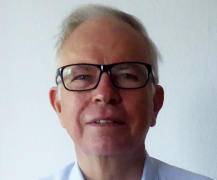 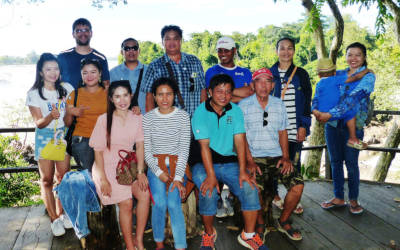 The team in Attapeu 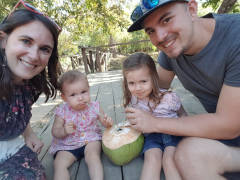 Yannick et Célie Wagner
Léana, Mila
Yannick and Célie (both French) arrived in Laos in February 2020. Yannick has a background in agriculture and Célie is a nurse. They both have a degree in intercultural studies and are involved in the implementation of new projects at Attapeu: the project for the inclusion of people with disabilities and the project to support the nursing school. 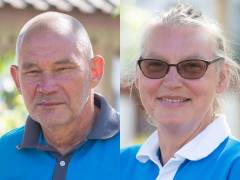 Silke and Dietrich are German citizen. They came in December 2021 to Laos and stay now in Attapeu. First education of both were nurse respectively male nurse. Later they studied the subjects “Social Work” and gained master degrees in “Sustainable Development Cooperation”.

Silke works for the nursing school project and Dietrich prepares the project “Better Together” for people with disabilities in the rural area of the province. 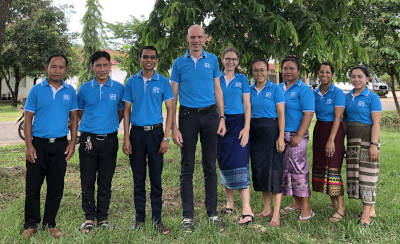 Our team in Sekong 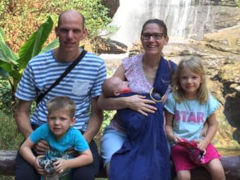 Arnold et Monika Probst
Anais, Simeon, Matthieu
Arnold and Monika, a Swiss doctor and nurse/midwife, arrived in Laos in 2016. They both share responsibility for the hospital project in Sekong. Their areas of expertise are the improvement of the quality of care in the mother-child sector as well as the adequacy of diagnosis and treatment of patients in hospitals. Arnold is also the field representative of the SFE. They work in the Sekong hospital project, of which Arnold is the responsible expatriate. 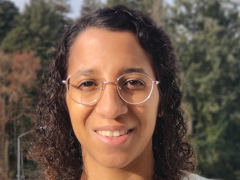 Annecilia Alcindor
Annecilia is a French nurse who arrived in Laos in January 2022. After an introductory period in Vientiane, she joined the hospital project team in Sekong. She supports the local health staff in the activities related to the community component.
TOP OF PAGE 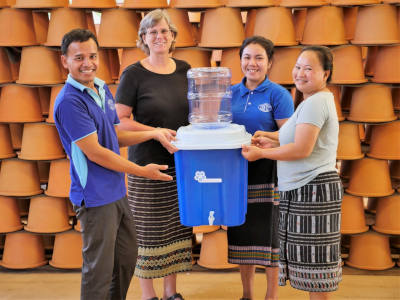 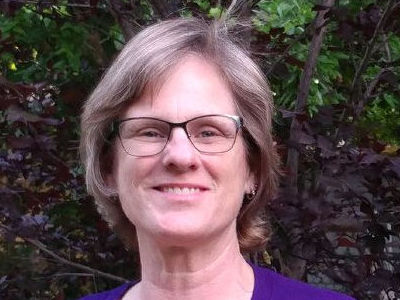 Dawn Lewis
Dawn Lewis, from the United States, has already worked in Laos some 10 years ago. She arrived in June 2018 to take the responsibility of the community development project in Thatèng. She is now working in the TerraCare project (in cooperation with TerraClear) to provide clean water to the poorest people in the south of Laos.
TOP OF PAGE 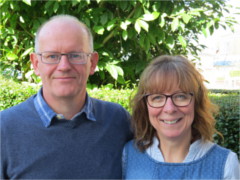 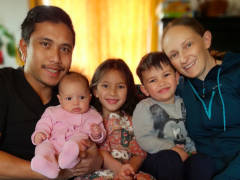 Aude and Vanh Keovongkhot-Grosrenaud
Lucy, Léon, Lise
Vanh (Lao) provides technical support to the project in the area of agriculture and in water and sanitation for the project in Saravan. As he is Lao, his perfect knowledge of the local culture is a real asset for SFE.
Aude (French) is a nurse. She takes care of the training of medical staff and health voluntary workers in health centers and villages. She has 6 years of experience in medical work in the context of underpriviledged area of Laos. 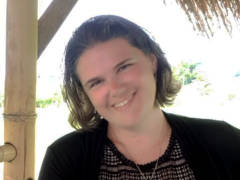 Kareen Chantreux
Kareen (New Caledonia) arrived in Laos in November 2019. She followed the work of the logistician in the Vientiane office until June 2020. After that, she continued her experience in Laos by joining the new community project of Saravane. Kareen will provide support in the villages in the areas of water-sanitation and education.
TOP OF PAGE 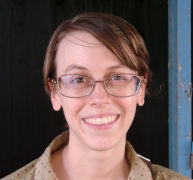 Leah Doty
Leah has left for the US last Spring (2022)
Leah Doty arrived in Laos to work with SFE in early 2020. She will support the project for people with disabilities through administration and facilitating communication between local people and foreigners. She has an Bachelor degree in intercultural studies. 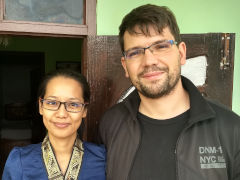 David et Mallow et Ruth Marcasi
David et Ruth have now returned to Germany
David is aGerman engineer, and has worked in Attapeu since January 2014. He brought a technical support to the Community Health Development project manager. He was in particular in charge of the development of latrines and water system in the villages. He is now involved in a project to support people with disabilitities in Attapeu Province.Ruth is a nurse from the Philippines. She is now helping in the preparation of the future projects in Attapeu. She arrived in Laos in 2010, where she worked in the nursing training programme at Attapeu hospital and in the hospital project in Sekong. Ruth and David married in 2018. She is currently involved in a project to train hospitals about Covid-19.
List of our previous expatriate co-workers

How to help us